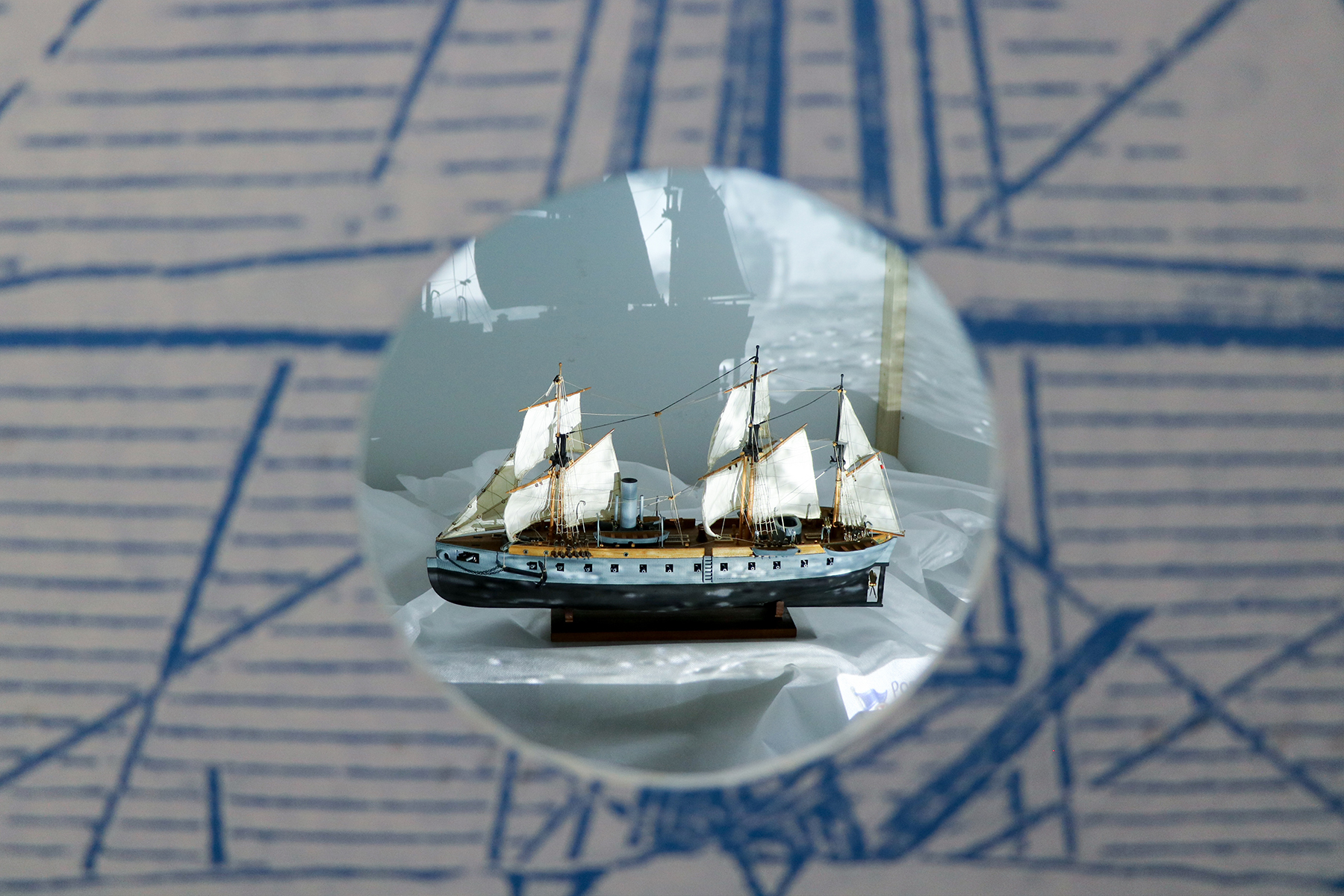 The Celje regional museum presented the life and work of Anton Perko – Slovene painter in the service of the Imperial Royal Navy.

Anton Perko was a sailor of the Imperial Royal Navy and a painter, who’s journey can be followed closely by the motifs and dates of his work made on the ships where he served. Exhibition with main focus on the collection of his paintings also included some of his personal belongings and documents. Scenography inspired by the naval elements was also used as a light diffuser, creating a bright space as well as protecting the exhibited works. As a central element of the exhibition his sketch of a battle was used. Taking a closer look inside this central space reveals a model of a warship re-contextualised with the tools of film and sound in the background helping to implement the key message of the objects in the context of their real environment. 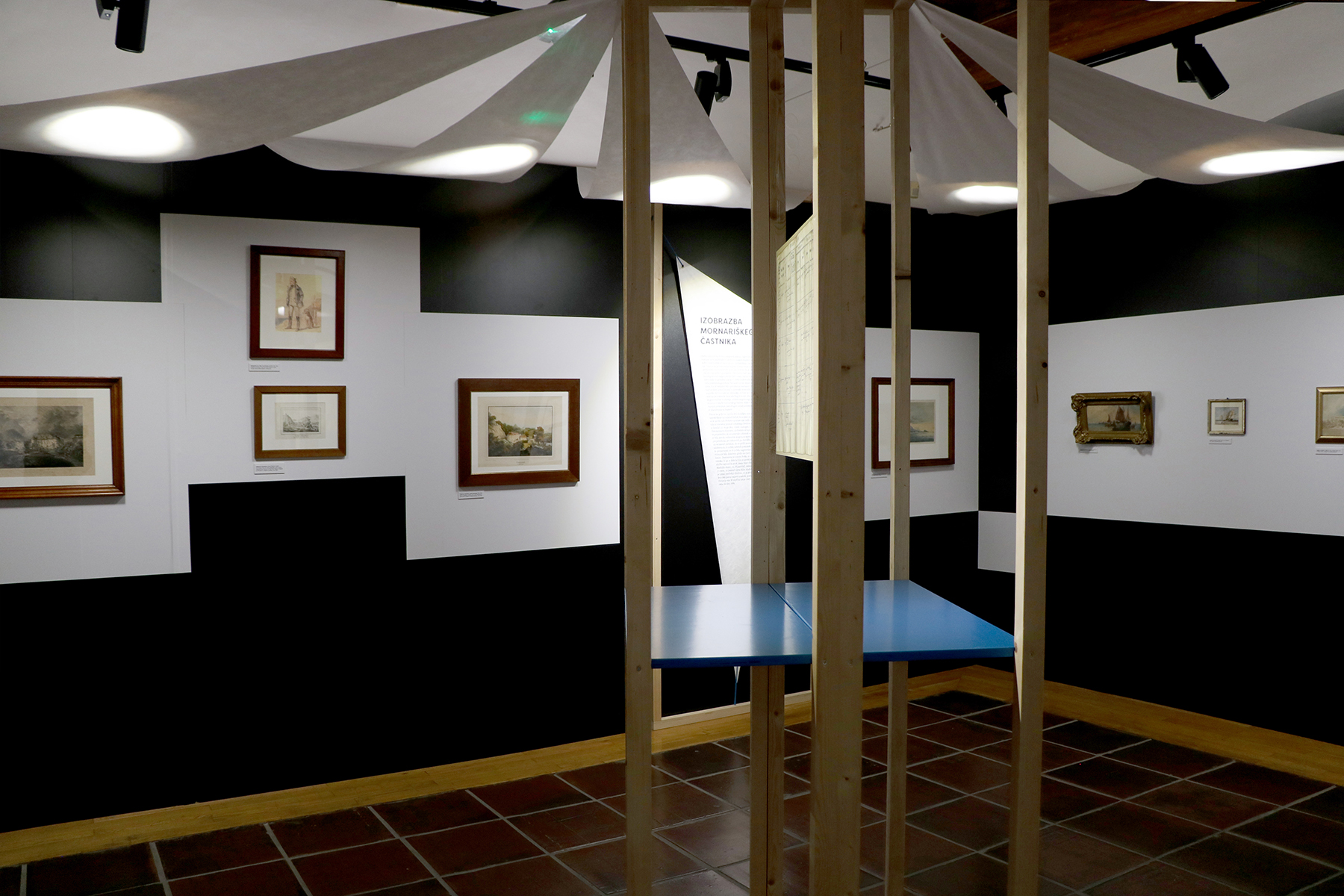 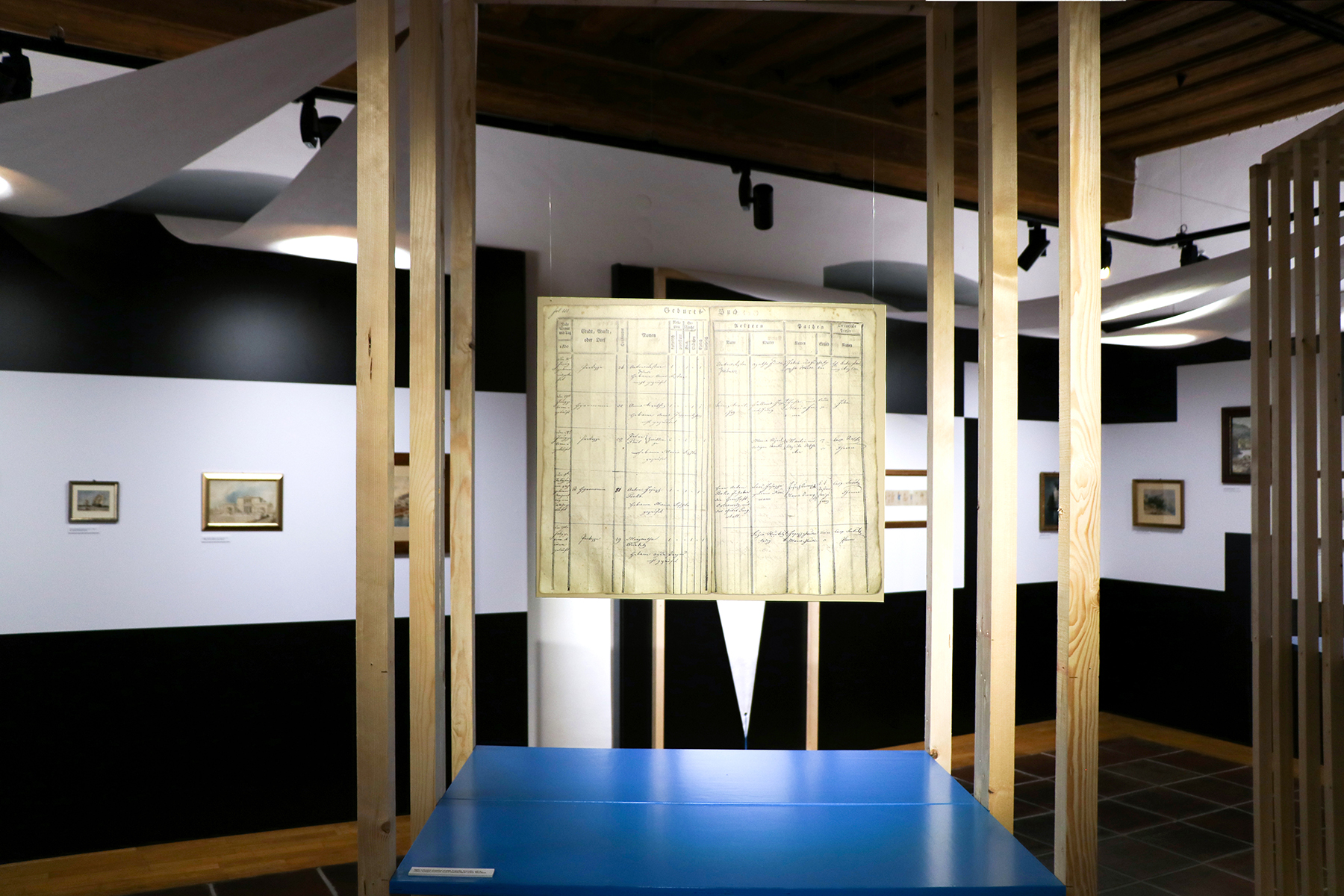 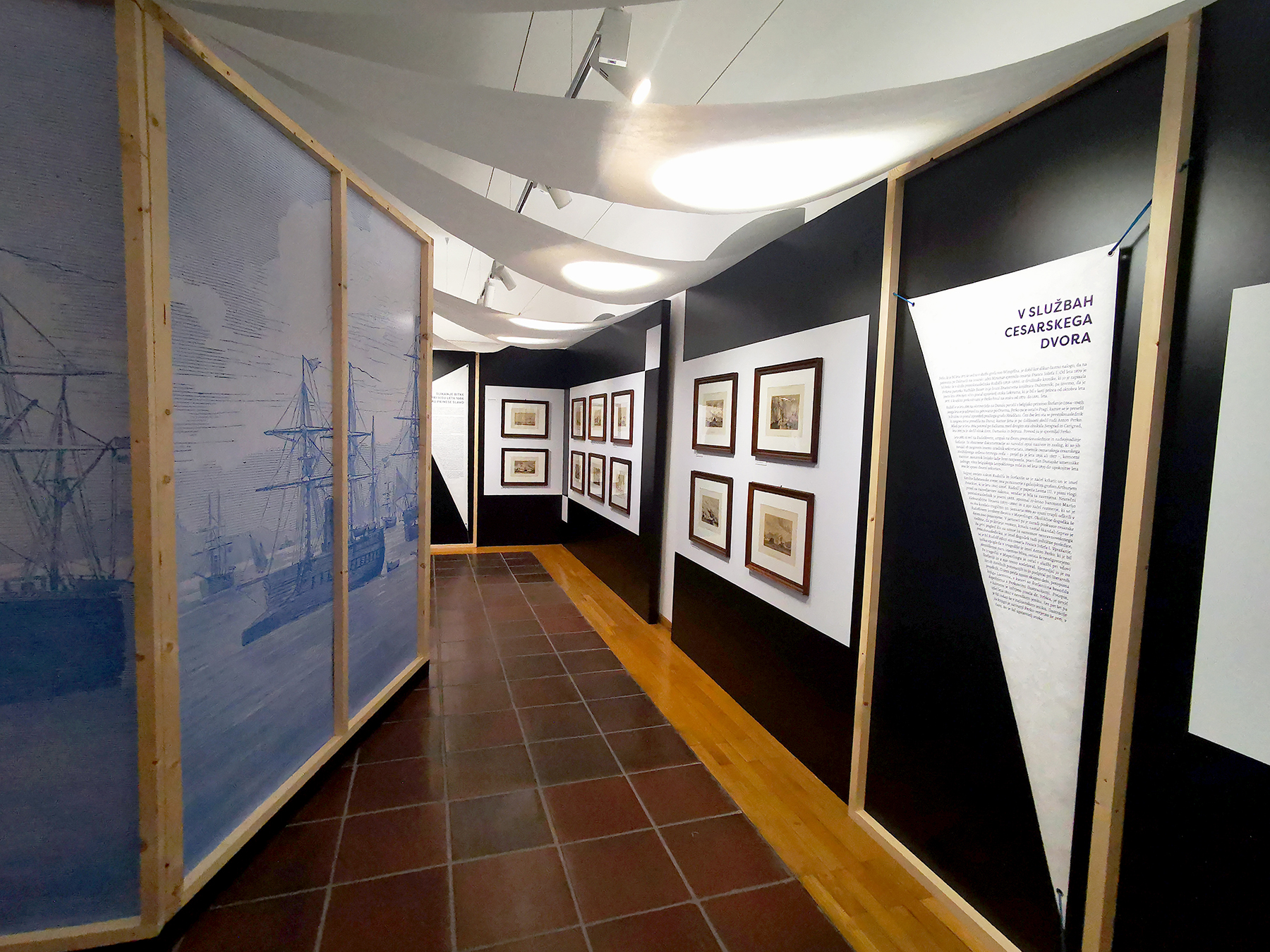